I work in a school, so I’m on school holidays (don’t hate me!)

I’m normally an early bird in weekends and holidays but for Day 3, I was woken by the rain at 3am and couldn’t get back to sleep until around 6am. Then it’s Sod’s law that when my alarm was going to go off just before 8am, I was going to be really tired.

To add to that, it was raining, to add to that, I knew it was likely I would experience pain when I run and that it was going to get muddy. The idea to leave my warm comfy bed wasn’t appealing in the slightest. But I have it a dogged determination when I need, and I tried to picture myself after having completed 30 out of 30 runs, despite the weather conditions.

I was pleasantly surprised and relieved that I got a text from Karen who despite saying how horrible the weather was, said that she was still up for going. This helped – A LOT. The feeling that you don’t want to let somebody down helps with things like this.

In a zombie-like manner, I put on my running clothes and headed out- into the drizzle. ‘This is going to be fun-not!’ I thought.

By far, day 3 has been the hardest.

I got in my car and took a pic of the raindrops. Not appealing.

I was also nervous at the prospect of running in pain again. But my only goal was (well firstly, it was to head out) and also to beat where I ran to yesterday. Anything else and I would be setting myself up for failure. Added to the fact that I run in pain doesn’t help.

I met up with Karen. I trimmed my insoles for my running shoes, wore thinner socks so I thought that would help.

We walked until the familiar site if the ‘poo bin’ and I set off on my jog listening to my music. Karen was doing her app (walking faster than I jog!)

Phew! I made it past the goal-posts- job done! I ran until the corner of the field.

A familiar twang of pain began in both feet- damn it. I ran again, it hurt more. I walked, it hurt. I was limping. Karen was way ahead of me by now- doing well bless her.

It got to the point hat I had to take my trainers off and walk just in socks on a muddy field. Blimey the grass and mud were freeeezing!!! I was limping either way. I got upset.

It’s bad enough doing a challenge like this when you’re really unfit, let alone having to be in pain. This time though, I was determined to go twice round the field at least I would have covered more distance than yesterday. I jogged sporadically (just so the pain would end quicker!)

Karen did 3 laps, the furthest she has ever gone which is fantastic!

I got back to the car, and I checked my insoles. I disnt realise that I basically had 2 insoles in my trainers, the bottom ones were so thin, which meant my feet were squished! Ouch!

In a weird way, I’m hoping this means that tomorrow my run will be more comfortable and I can go further. 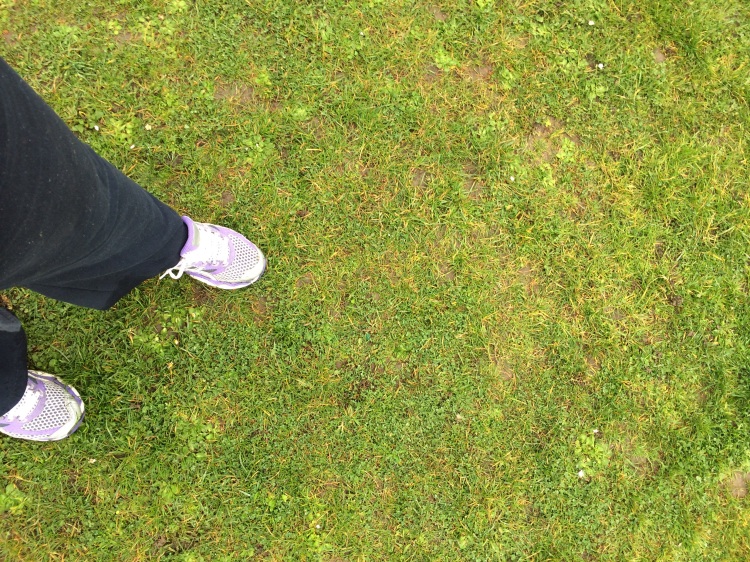 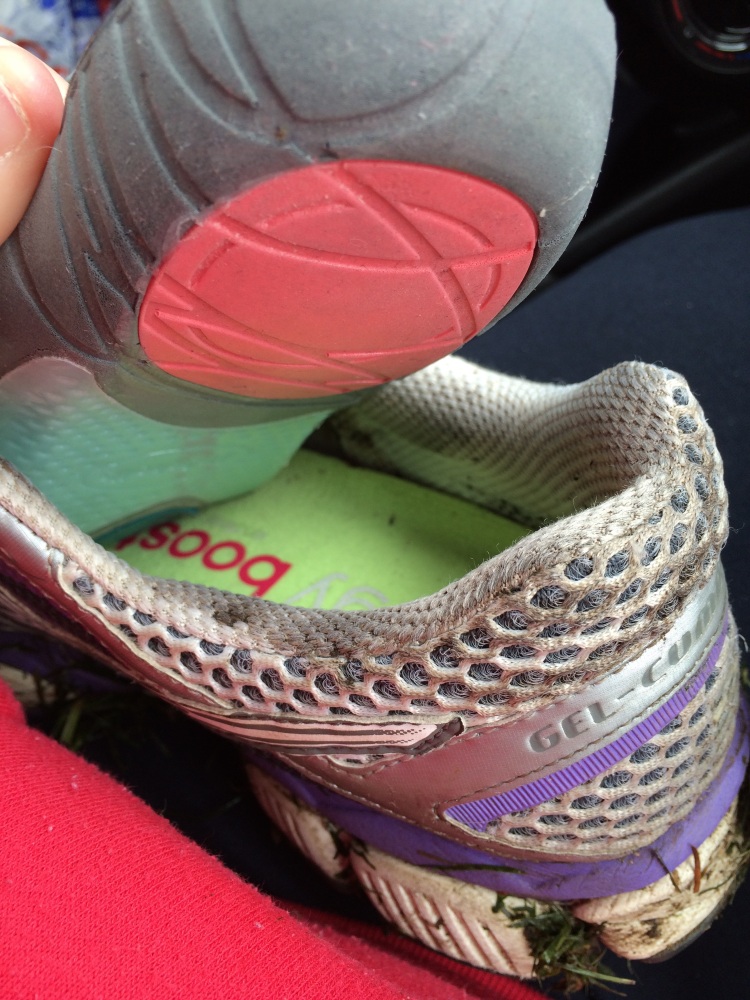